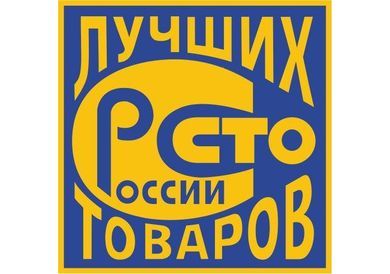 IGBT modules in a MIDA package for voltages up to 1700V and currents up to 600A have won the all-Russian contest of the Program “100 Best Goods of Russia” in the nomination “Industrial and Technical Products”.

This competition is held by a public organization "Academy of Quality Issues". Members of the Academy include more than a thousand Doctors and 800 PhDs, about 200 leaders of Russian research institutes and research centers, higher educational institutions and enterprises of the country.

Besides, the Academy is assisted in finding the best products of the country by the territorial bodies of the Gosstandart of Russia and its regional centers of standardization and metrology.

This is why the victory at the regional and now the federal stage of the competition and being awarded with the right to use the mark “100 best goods of Russia” became a real testament of professionals trust throughout the country.

The official awards ceremony will soon be held.

Proton-Electrotex is the Russian leader in designing and manufacturing power semiconductors including diodes, thyristors and IGBT modules as well as heatsinks, voltage suppressors, resistors and measurement equipment. The company is located in Orel city and ships its products through its partners and distributors all over the world.